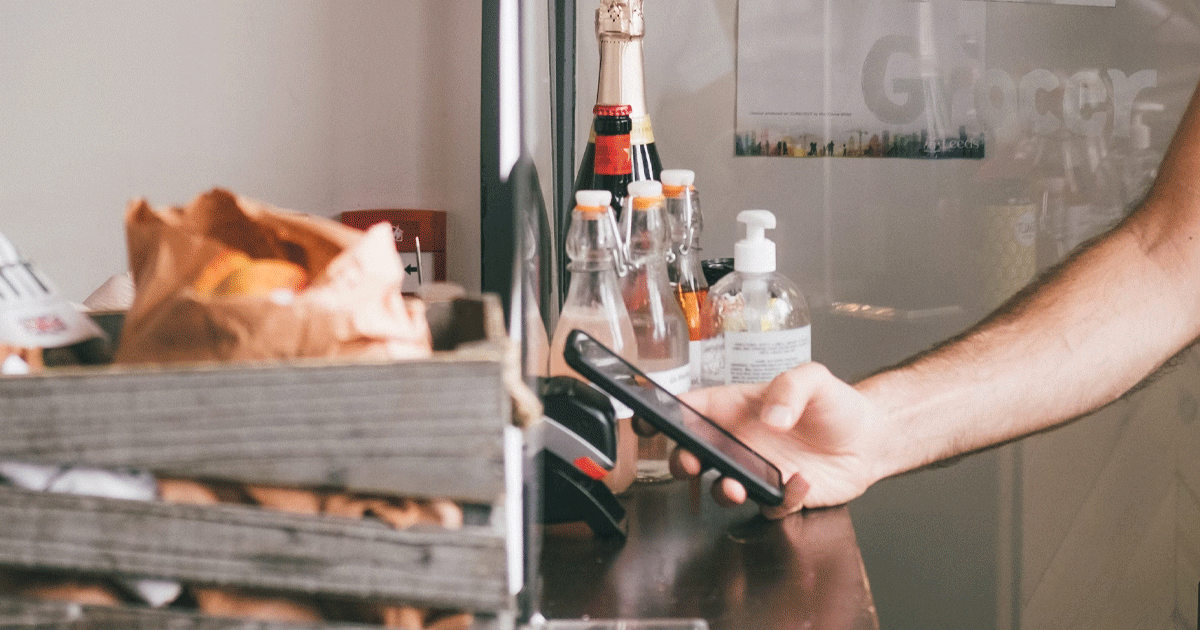 The energy was buzzing, mimosas were served, and the esteemed guests mixed and mingled on a sunny morning in Southern California. Tucked away on the Newport Coast, the Pelican Hill Resort was the perfect venue for WIPA’s SOCal’s 2017 “Brunching with Power Couples.”

The brunch mixer brought together the industry’s finest for a morning of networking and learning, and it featured a very special panel of seasoned professionals to share their knowledge.

When asked what are the biggest challenges they have been able to overcome through teamwork that might not have resulted in success if you were left alone, Edgar Zamora Founder, CEO and Creative Director of Revelry Event Designers, piped up immediately. “Unconditional Support  – we’re never alone. I know who to call,” he said. Celio Paulo de Almeida, Owner and Artistic Director for Celios Design, jumped right in.“Edgars years of experience have been invaluable to me.  He’s been able to provide a insight and knowledge into so many aspects of the business,” he said.

Full of laughter, wisdom, and inspiration, the Brunching with Power Couples event was an unforgettable experience. Keep reading to see bios from the panelists involved and to take a peek at some of the snapshots from the day!

Nicole Palacios joined the staff of Inside Weddings in early 2008, and combines her extensive editorial and writing experience with a vast knowledge of wedding trends and traditions. Nicole established herself in the wedding industry during her tenure as editorial assistant and assistant editor of WeddingChannel.com. Her knowledge has also been tapped for numerous print publications, as well as McClatchy-Tribune News Services, which syndicated her wedding-planning articles. Nicole received her bachelor’s degree from Whittier College and a master’s degree from the University of Southern California. She resides in Los Angeles with her husband and three children.

Walter Shepard is the founder of Inside Weddings magazine, which he launched in 2002 and grew from a local publication to a premier bridal magazine distributed throughout the United States and in select international markets. His groundbreaking strategy of focusing on real weddings and events provided couples with all the practical information they needed in a format that had never been seen – bringing new exposure to wedding professionals and providing a platform to truly showcase the artistry of wedding photographers – permanently changing the landscape of bridal publications.

Starting his career in advertising, Walt spent many years directing and producing successful marketing campaigns. He is a graduate of Claremont McKenna College and is based in Los Angeles.

Arthur Scangas is the Executive Creative Director and Cofounder for Inside Weddings magazine. Arthur helped to catapult the company from a local publication to a premier bridal magazine distributed throughout the United States and in select international markets. After 10 years in New York working in the advertising business and contributing to successful campaigns for Neutrogena and Sebastian hair products, Art settled in Los Angeles. His passion for fashionable details and architectural elements help to guide his keen sense of creativity. He is a graduate of the University of Vermont, and still calls Los Angeles home

Born in Minas Gerais, Brazil, Celio always knew his passion was for design. There was never a time in Celio’s life when he was not inspired by the arts and the natural world around him.

When Celio had the opportunity to move to California, he discovered his passion for floral design. Since them, flowers became the media of choice in Celio’s daily creative expressions. He loved the idea of putting together elements from nature to create ornate, exquisite, one of a kind floral compositions.

What started as a boutique shop in Los Angeles has blossomed into a seasoned floral event production headquarters.

His work can be seen online at www.celiosdesign.com or by appointment at his floral atelier in Los Angeles

Edgar Zamora is the Founder, CEO and Creative Director of Revelry Event Designers. Revelry is the industry’s go to event and interior design firm specializing in designing and installing private, as well as corporate events worldwide. Edgar is a transformer of spaces, and a trendsetter in event design. Edgar’s experience, creativity, passion and professionalism combine to provide his clients with a truly unique design perspective on each event.  He and his team never fail to provide a unique and memorable experience through artful detail and flawless orchestration—from concept to completion.

His belief that interior and event design executed successfully; should either transport you to a specific location, culture, or mood, or it will, at the very least, reflect and fit within its surroundings. Edgar consistently provides seamless event design integrated, with extraordinary comfort and beauty, into his client’s private estates or luxury hotel properties.

Neal Fraser, chef and owner of multiple restaurant concepts in Los Angeles, started his career in the kitchen at age 20. Fraser touts an impressive resume that includes a degree from the Culinary Institute of America and an honor roll of kitchen credits such as Wolfgang Puck’s Eureka and Spago, Checkers Hotel under Thomas Keller, Joachim Splichal’s Pinot Bistro, Hans Rockenwagner’s Rox, and the highly revered Boxer. Currently, he and his business partner/wife Amy Knoll Fraser own and operate critically acclaimed Redbird; high-volume special events and performing arts venue Vibiana; fast-casual Fritzi Coop at Arts District Brewing Company and in the Farmer’s Market at the Grove.

Outside of the restaurants, Fraser has logged some hours on the small screen, most notably on Bravo TV’s ‘Top Chef Masters,’ Fox’s ‘Hell’s Kitchen,’ and Food Network’s ‘Iron Chef America,’ on which he won his battle against chef Cat Cora. He also won his battles on Esquire TV’s ‘Knife Fight,’ and Food Network’s ‘Beat Bobby Flay.’ Over the years, both Fraser and Knoll Fraser have been active members in the community, donating time and talents to a variety of charities. Six years ago, they co-founded Beefsteak, an annual event benefitting the Los Angeles Food Bank with Simpson’s creator Matt Selman, comedian Eric Wareheim and comedy producer Cort Cass.

As Vibiana’s Managing Partner Amy Knoll Fraser oversees her talented event management staff to ensure that every event at Los Angeles’ premier venue is exceptional for every client and guest.

Knoll Fraser is a veteran of the Los Angeles restaurant scene. She opened her first restaurant, the critically acclaimed and award winning Grace, with her partner Chef Neal Fraser in 2003 and their second, the ever popular breakfast, lunch and dinner cafe, BLD, in 2006. In late 2012 Knoll Fraser, Chef Fraser and their partners took over operations of Vibiana. Knoll Fraser has successfully merged the Fraser’s distinct handcrafted approach to food, beverage, and service with the beauty and history of one of the city’s most stunning architectural gems. She and her team have developed and implemented an extensive dining and craft libations program and have upgraded the facility with a state of the art lighting and sound system, sound abating drapery and high quality and custom rental equipment. In addition to events at the facility, Knoll Fraser and her partners opened Redbird, the Fraser’s follow up to Grace, in the rectory building adjacent to the Main Hall in early 2015. Knoll Fraser currently resides on the Los Angeles Food Policy Leadership Board, the California Restaurant Association Los Angeles Board and is a charter member of the Dine LA Restaurant Week Advisory Board.

Educated in the prestigious British hotel and restaurant management tradition, Pauline is the renowned and highly sought after founder and president of GOOD GRACIOUS! Events. Professional event planners, private clients and corporations – both nationally and internationally – seek out her innovative expertise and imaginative concepts.

GOOD GRACIOUS! Events was established nearly three decades ago. GOOD GRACIOUS! is an award winning full service LIFESTYLE food and beverage company that has earned the trust of a diverse set of clients and has a reputation for being a trendsetter in producing unique, quality and fabulous presentations in all aspects of weddings and events.

Pauline awards include “Caterer of the Year”, “Best Event for a Corporation”, Best Off Premise Caterer , The I-3 Award (Innovation, Inspiration and Instruction), ACE (Achievement in Catering Excellence) and the John Mossman Award for (ICA) which has only been given to SIX people in the last 30 years. Pauline, most recently, was an inductee to the Event Industry Hall of Fame together with WIPA Hall of Fame.

Throughout her career, Joanne Purnell has been instrumental in taking culinary deliciousness to new heights for clients ranging from Rolls Royce, Disney, Fandango and Sunset Magazine to a discerning private clientele who inevitably become repeat clients.

Joanne has not only been active in several national and international professional organizations, but has garnered multiple awards; the most prestigious being the first female chef honored as “Chef of the Year” by the International Caterers Association.  She has also received star ratings from Inside Weddings and California Wedding Day. As a leading catering chef her experience is synonymous with innovation, superior food and entrepreneurial spirit.

In this, the 30th anniversary year of GOOD GRACIOUS! Joanne continues her commitment to quality, excellence and of course, passion for hospitality as she moves forward in her new role as Vice President where she will play a larger role in creating the company’s future. 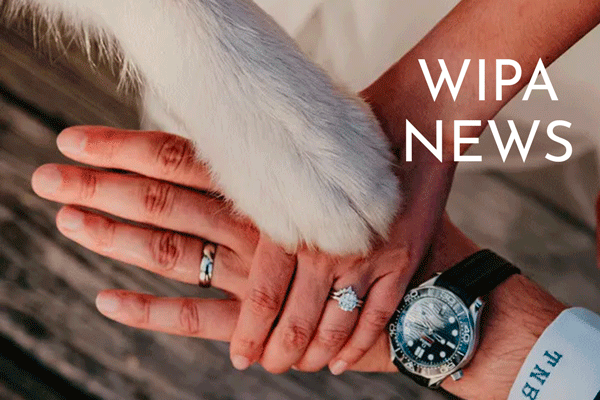 Was Your Event Planned by an Epicurean or a Stoic? 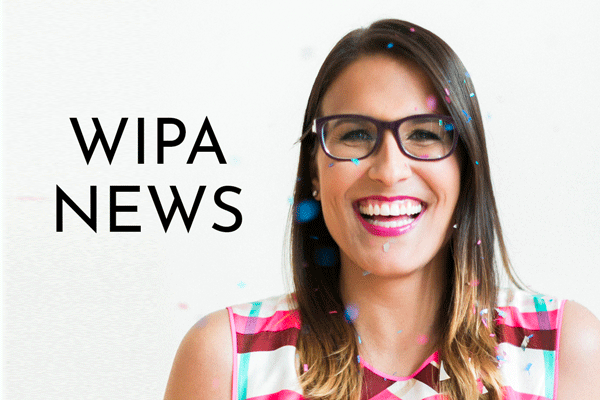